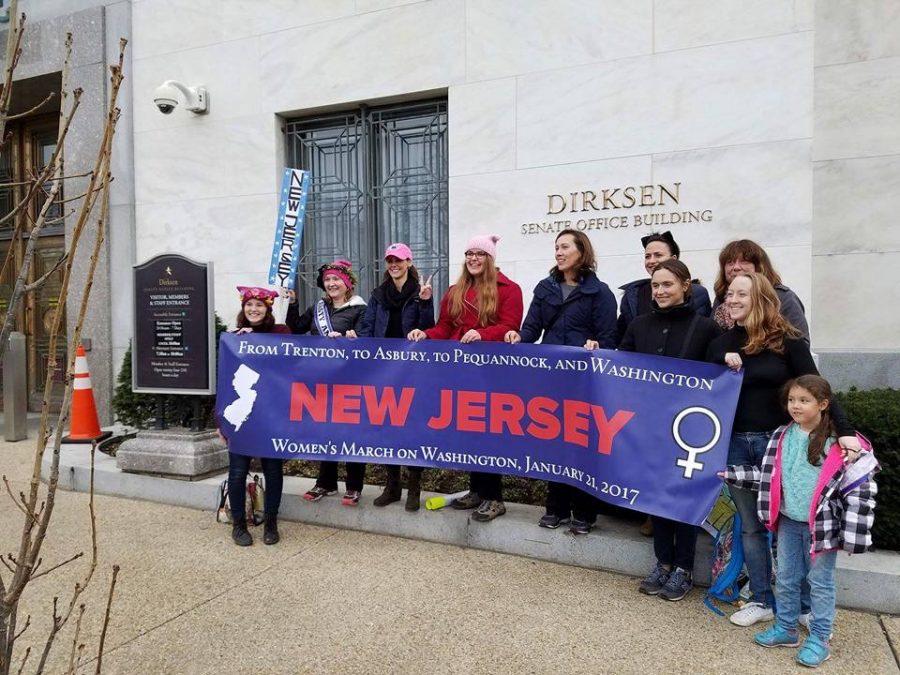 Many assumed that January 20th, 2017, would be a historic day for women across these fifty united states. That historic day turned out to be one day later: January 21st. It has been almost a week since millions of Americans took to the streets in Washington D.C., Los Angeles, New York City, and many other major city in the U.S., to make their expectations clear to the new administration.

After this past presidential election cycle, many women feel that their gender has been demonized and their right to their own bodies compromised. This march was the beginning of a revolution. Although much of the opposition in regards to this historic event say that it has done nothing to actually change the course that President Trump plans to take this country, the march did show the diversity and opinions of much of the country in numbers that are near-impossible to ignore.

It began as a grassroots movement on Facebook, and ended with over 500,000 marchers packing Independence Avenue in Washington D.C. from the intersection at Third Street all the way to White House, a route over two miles long.  In fact, the march was delayed for over an hour due to the overwhelming amount of people on the route.

The Women’s March on Washington movement was founded by four diverse women who unified in hopes of bringing women and men of all races, religions, and creeds together to form communities based in combating human rights violations in America, as well as fighting for the equality of all peoples. The shouts of the protesters focused on more than just an unbreakable bond of sisterhood. There were Waterkeepers protesting the President’s plans to continue the North Dakota Access Pipeline. There were mothers with the Moms Demand Action for Gun Sense in America. There were groups of teachers – terrified of what Betsy DeVos could change as secretary of education. So, yes, women’s rights were the main purpose for the march, but according to the “Unity Principles,” as outlined on the organization’s website, the march also included campaigns to end violence, and protect reproductive, LGBT+, workers’, civil, and disability rights, and work towards a cleaner, greener environment.

Speakers were hosted on a stage at Independence and Third Avenues, and included actresses America Ferrera, Ashley Judd, Scarlett Johansson, and veteran activists Gloria Steinem and Angela Davis. While Michael Moore led the crowd in a recitation of the telephone number of the main Congressional switchboard so people could demand action from their representatives, other presenters encouraged marchers to join activist groups in and around their hometowns that are leading the “resistance” to Trump’s agenda on issues such as immigration, reproductive rights and health care. “The President is not America,” said Ferrera to her passionate listeners. “We are America.”

Critics of the march are quick to point out that the hope brought upon by protests such as this one are often short-lived, and the change minimal. But according to the New York Times, “When [President Trump] awoke on Saturday morning, after his first night in the executive mansion, the glow was gone, several people close to him said, and the new president was filled anew with a sense of injury,” proving that the march was effective in catching his attention.

This demonstration humanized Facebook shares and twitter posts. It let those who are fighting against the Unity Principles know that defenders of such rights do exist, and they exist in numbers. Those who oppose Trump and his agenda have realized that their resistance cannot end with this march. Many state-level coordinators have already launched campaigns encouraging constituents to demand action from their Senators, and House Representatives.

After speaking with New Jersey senator, Cory Booker, it seems as though the resistance is missing the voice of the young. Teenagers are often hesitant to get involved in the political atmosphere of the country for fear of not being taken seriously, but it is absolutely essential that soon-to-be adults take charge of this country’s future and start pushing it in the direction they wish for it to go. “Change must come from the actions of students and young adults,” stated Booker. Anyone can join this historic cause. The Women’s March national website (womensmarch.org), as well as political groups such as Action Burlington Country are currently working towards this goal. Remember, the freedoms of one are the freedoms of us all.