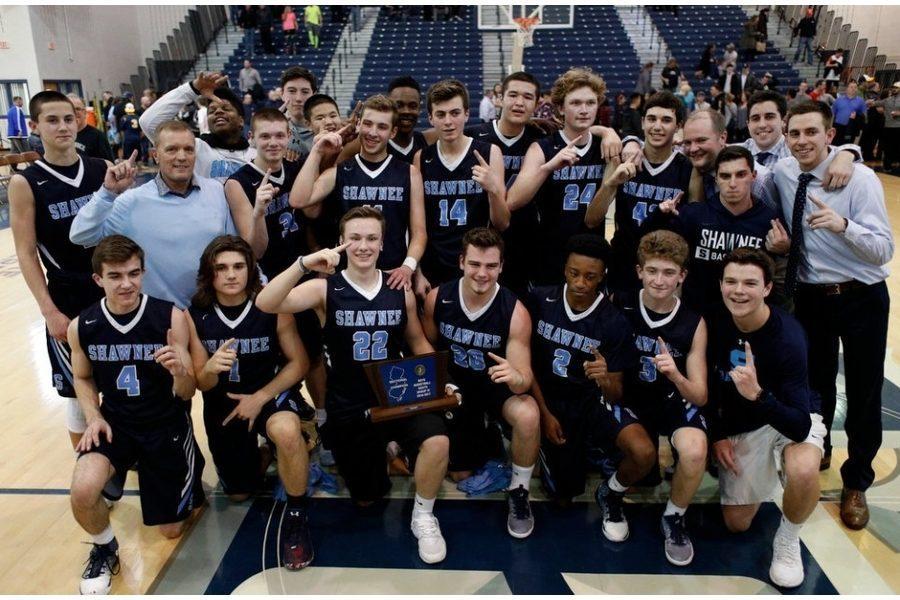 The Shawnee Boy’s Basketball Team defied the odds on March 7th, beating Toms River North 76-72 in a stunning triple overtime game and clinching the South Jersey Group 4 title. With both teams fighting hard to make their way into the Semifinals, the score went back and forth endlessly throughout the game, as Shawnee and Toms River North played to be the victor.  Shawnee’s Coach Kessler was immensely proud of his team, who never gave up despite trailing Toms River North at times throughout the game.  He talked to Richard Greco of NJ Advance Media, and said “Two great teams fought their hearts out. I’m so proud of my kids and how they kept fighting back.” They certainly did fight back against the odds, and reaped the benefits.The Renegades now will take on Hunterdon Central on Thursday, March 8th at Egg Harbor Township High School for the State Semifinals – The Renegade record is now 28-2, having won thirteen straight games. Hunterdon Central has a record of 26-3. This should be an interesting game, so stay tuned for next week’s’ team Semi-finals update!