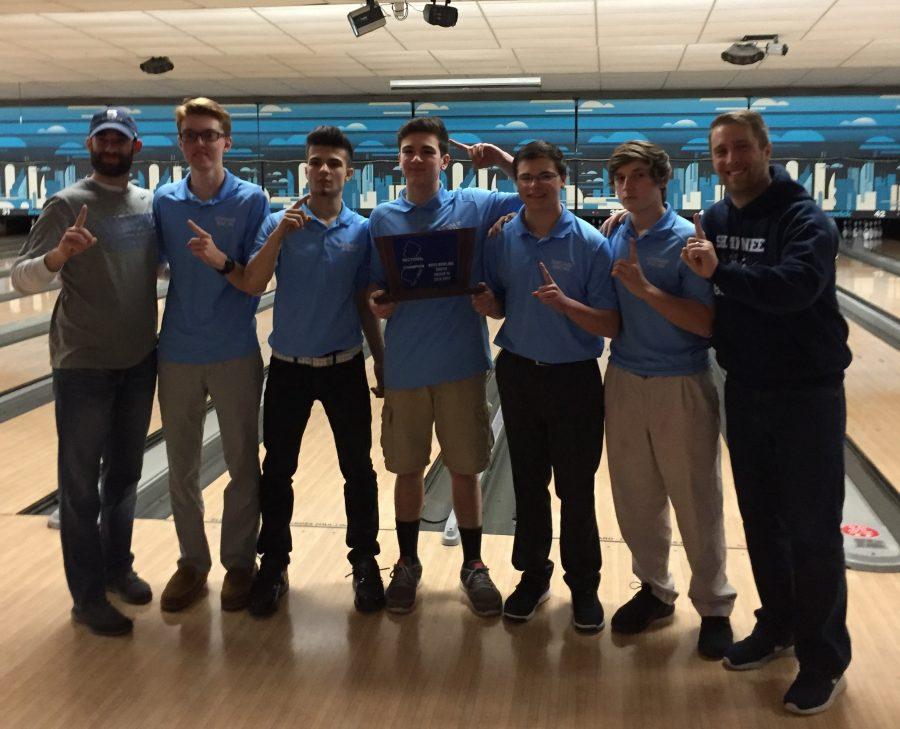 For you readers that don’t know much about bowling, it ranges from being played casually to competitively. In the competitive matches, specifically sectionals and the state championship, schools are divided into four groups, with group four being the schools with the largest amounts of kids on their teams. In group four, five Shawnee students, along with bowlers from East Brunswick, South Brunswick, Cherry Hill East, Dickinson, St. Peter’s Prep, Union, Livingston, Ridgewood, and Northern Highlands, competed against each other to win the championship.

These Shawnee students (Andrew Abbonizio, Nick Simonetti, Tyler Gates, Evan McNally and Nick Simonetti) exhibited a willingness to do their best in the sport, which showed in their coming in third for the group 4 section of the championship.

Andrew Abbonizio (279), Nick Simonetti (248) and Chris Pagliuso (258) were playing especially well, earning them an 3,103 score total as a group. As Mr. Franks, coach of the bowling team, informed me, “200 is the average score for someone who is a bowling all-star. The average score is probably much lower, so the fact that our guys were averaging above 200 means that they are the best of the best.”

Our Shawnee students each use their own unique shots along with whichever bowling-based ability is specific to each one of them, making it inevitable that they would do so well in this championship.

After a steady game beginning, the Renegades were beating Cherry Hill East (3,097), Dickinson (2,955), St. Peter’s Prep (2,773), Union (2,683), Livingston (2,655), Ridgewood (2,580) and Northern Highlands (2,556). Only East and South Brunswick beat Shawnee, with East Brunswick winning the group 4 championship. The dedication that these five Shawnee students have to the sport has earned them a win in their group, another to add to Shawnee’s already impressive record in athletics.