How Urban Expansion Is Affecting Medford and Medford Lakes 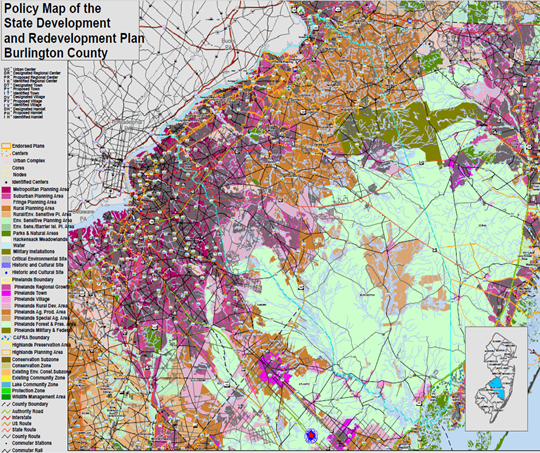 Most young people are unaware of or know very little about what goes on in the area in and around where they live. After learning about urban sprawl and how it affects the environment around me, I decided to do a little digging on what goes on. What I discovered in my research is that urban expansion is practically occurring constantly, either by building new structures or just moving further out and into less compact places.

In Tabernacle, NJ, there is currently “Preliminary Major Subdivision approval on February 1, 2017, for a 51 lot subdivision. The subdivision is called Seneca Woods, located at 1441 Route 206.  There will be 49 houses and 2 vacant lots. In 2013, approval was given for 57 lot subdivision located on Medford Lakes Road.  This approval will be constructed in 3 Phases,” information courtesy of Margaret Guerina, secretary of the Land Development Board in Tabernacle. November 11, 2014

In our town, there is currently something called the Master Plan Reexamination Report: Route 70 Corridor – Medford, NJ. The report was completed because the board wanted to reexamine the Route 70 Highway Management Zone. The town council is doing this in an attempt to ensure that all economic and commercial development activities aren’t interfering with any policies, setbacks, and building size limitations.

Because Medford is on the edge of a large area of preserved land, the Pinelands, and some of the surrounding towns are actually completely immersed in the Pinelands, zones are created. The Route 70 corridor study area is classified by the zones HM, HC-1, and HC-2; the surrounding areas are the Southwest Branch of the Rancocas Creek, Medford Evesboro Road, and Old Marlton Pike; the Southampton Township boundary wasn’t included in this reexamination.

With urban expansion there is concern and the very real possibility of life becoming more difficult. In any area where urban sprawl has occurred or is ongoing, the following becomes inevitable:

1. The following areas of concern were identified in the area: automobile traffic congestion seems to increase with each new development.

2. A car must be used to perform every task. Older and younger people, who do not drive, may feel disconnected and unable to move about freely.

5. Workers may not live near their jobs and are forced to travel long distances for employment.

8. Flood prone areas should continue to be restricted from permanent habitation; no structures should be permitted because damage may be incurred to persons or property as the result of occasional flooding, according to The Medford Township Website-Planning and Zoning.

All of what was mentioned as very real and very possible negatives that come with urban expansion suggest that new developments contribute to New Jersey’s increasing congestion, especially in South Jersey.

Land development projects are getting more frequent and may soon affect prime areas that are already developed and essential or preserved, such as Route 70 (hence the reexamination), or even untouched land such as our Pinelands.