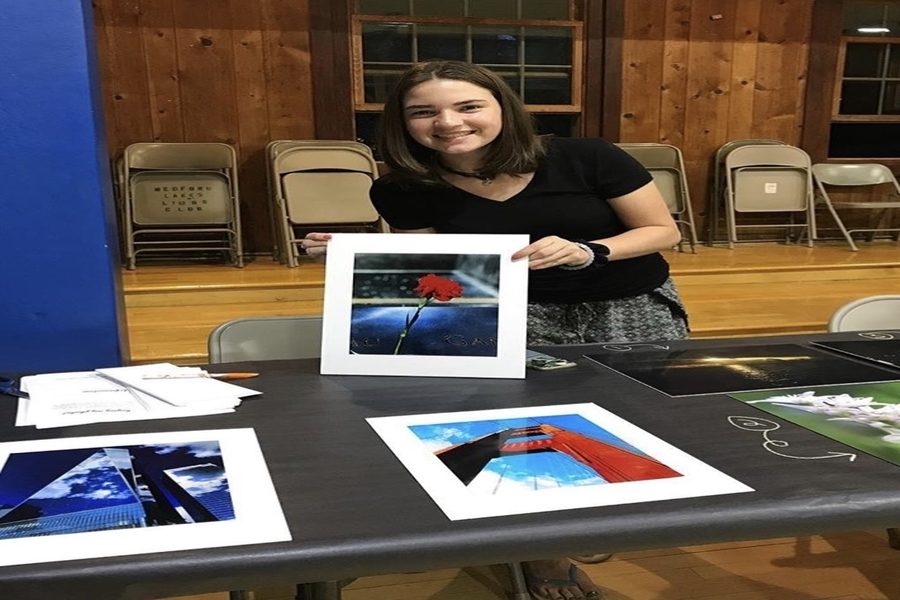 The Shawnee Photo Club had their annual Spring Photo Show on Friday, May 11th, at Vaughan Hall in Medford Lakes. The Spring Show was organized by the club officers. Photos were displayed by about 10 club members, and they had a chance to have their work showcased to those within the community. All photos were up for sale, and there was also free food & live music to all visitors.

The band The Living Room Drapes performed live music, providing entertainment to visitors and club members alike throughout the night. They were called back after a strong performance at the 2017 Winter Show.

The two hour event flew by as family, friends, and residents stopped in to view & purchase the students’ work. All in all, turnout and community support was strong compared to previous Spring Shows.

I talked with Secretary Maddie Giquinto about the event, and she had nothing but positive things to say about how it went. “I was very happy to see how smoothly the event went”, Maddie told me. “Brilliant is another word I’d use to describe it!”