The Renegade Report • May 29, 2020 • https://renegadereport.org/4037/uncategorized/shawnee-high-school-history/ 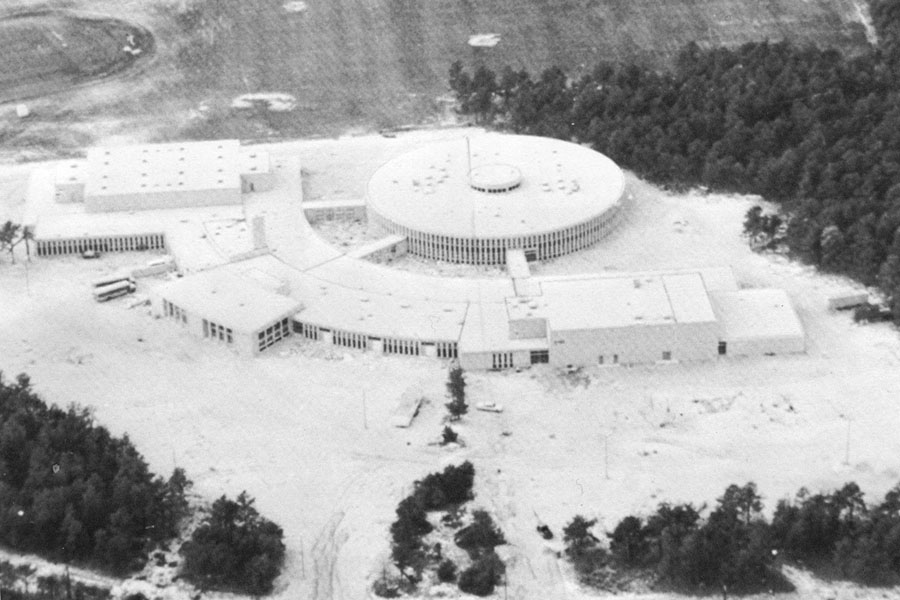 After 48 years, Shawnee still stands as our High School. Shawnee first opened its doors on November 1, 1971. The school became a high school for four thousand students. The name Shawnee means Southern and the school is located on the south-eastern side of Medford.

When the school was first announced to be opening it cost an estimated 3.5 million dollars with 26 classrooms, an auditorium, a gym, and a cafeteria.

Floor Plans (see photos) show many things we see in our school today.  Including lockers, the gym, and the C hall. If you take a moment and look around the school, there is a history in each layer. Although the Atrium and Auditorium are newer and may not hold as many memories, our gym and lockers show this history and make us feel like we are in the past.

People began enrolling, eventually filling the school with 2000 students! Ever since Seneca opened, our school has had an enrollment drop. If you have parents that went to Shawnee, maybe they have told you about how they had to share lockers!

Our school has an amazing history which deserves to be celebrated!