No Suprises: A Review of ‘Star Wars: Squadrons’ 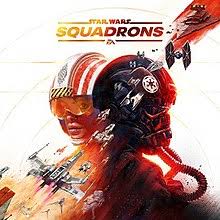 Star Wars: Squadrons is one of the most recent installments in EA’s group of Star Wars-based campaign and multiplayer games; with previous installments including Battlefront and Battlefront 2. As far as I can remember, Battlefront 1 was very exciting. I remember getting it for Christmas and being so excited, the game was great despite the lack of content, but it was enough for this to be an enjoyable first installment.

Of course, Battlefront 2 didn’t quite live up to the excitement left by its predecessor. The game was covered head to toe with in-game purchases. In order to get new skins of the heroes, along with all sorts of other things, EA required the customer to pay additional fees to deck out their experience. I got the game when it came out and didn’t play it very much. After about 3 years, I came back to it this year and bought the celebration edition, which, to be completely fair, did not give me an objective view of the game. The celebration edition cost more, so it came with nearly every skin in the game already available for me to use. However, I did learn that the game removed the in-game purchases to get the skins, and instead decided to make them available through challenges, which I think was a good call in response to previous public backlash from media and fans. All in all, Battlefront 2 was able to do a complete 180 from the initial release version of the game and resulted in being a much greater improvement from its predecessor.

Now let’s talk about Squadrons, the latest installment of EA’s growing Star Wars multiplayer game catalog. Squadrons’ in its entirety is a multiplayer game in which teams of five play against each other in varying new planets and settings. However, the game has a separate aspect that is the key ingredient in making these games so enjoyable, which is the campaign. In Battlefront 2, along with the multiplayer and co-op gameplay, they included storyline gameplay, in which the player follows an imperial defect who eventually joins the rebellion. Squadrons has a similar campaign and it’s one of the best modes in the game, giving light to players who prefer the lore and story of the franchise rather than the multiplayer aspect. However, to have a successful game, the player needs to have an exciting multiplayer mode or a compelling storyline, preferably both. This is where the problem with Star Wars: Squadrons comes to play.

See, the issue with Squadrons is that the player has to level up to play different game modes, initially starting with two (those being multiplayer and the practice lobby). The game doesn’t have all that much to offer at the start besides these two modes. Of course, as the player levels up, more variation in game modes are added. But these modes aren’t enough, as the basic principle is generally the same. Chase an opposing ship, blast the ship, destroy the ship. The previous Battlefront games did have a similar principle, however, there was enough variation in each game mode that if you didn’t actually want to blast your enemies, you didn’t have to. Instead, you could complete tasks to help your team to victory or stay low and quiet in a survival game mode. Variations like these just don’t appear to be available. It’s alright if you have one weak aspect of similar style games, but this s only if the game has another successful one to make up for it. This isn’t the case with Squadrons.

Overall, the storyline portion is very boring and simplistic, as the only somewhat original part of the game is that the player can alternate playing for the Galactic Republic and the Empire. Even with this interesting aspect, the player is immediately deflated again because both narratives (the Imperial route and Republic route) are uninteresting and tiring to complete. Both routes lack any flavor in general, especially because most characters are uninspiring and bland; and don’t receive any heavy development. Despite this, these components don’t completely ruin the game for me. There are actually a lot of features I love.

The design, movement, and general immersiveness of the game was absolutely incredible. At one point, I considered purchasing this game for my PS4 and buying the virtual reality headset; because I could only imagine how incredible it would be to experience the game in VR. I genuinely felt like I was a star pilot and it was outstanding. Not to mention, there are enough moves and abilities to allow the player to improvise and make the flying feature their own. The best aspect is the power diversion. Each ship in-game comes with three jobs in which the player could divert the ship’s power to improve the ship. If one is a more ambitious player, they can give more power to the laser cannons. If playing defensively, they can divert power to the shields. For those who like to pull off crazy tricks, they could give power to the speed. These functions put the player feel in control of their own experience. I loved being able to pick the different ships I could use that complement specific play styles, such as the bomber, increased speed, a gunship, and many more. This game does such a great job at making you feel so powerful when behind the wheel of the ship, and it honestly makes it feel like you are actually Han Solo flying the Millenium Falcon. Not in the way that you can actually play as any classic characters or ships in this game, but I think it adds to the individuality of the game by focusing on the player’s personal experience.

Overall, I enjoyed the game for the most part. I think it’s still pretty bland and there weren’t really any unique aspects that stood out to me, but I enjoyed having so much control and feeling like a real pilot. I got to make it my own and that was an aspect that I think can go a long way in games. In general, I would say I had a pleasant time playing the game. Battlefront 2 had blown everyone out of the water with how good of a game it had become after its updates, so I’m okay with a palette cleanser regarding Squadrons. The thing to tale away from it all is that EA is capable of so much more with these kinds of games and I cannot wait to see what they do next.